The associations amongst affection and passing, sex and fate, have become considerably more confounded in the time of AIDS. Witness a few late creations of move theater at the Joyce Theater and Performance Space New York.

A week ago was Pride Week for the Joyce, its first. Pride, in any case, can cover numerous mind-sets. In the midst of the numerous ongoing announcements of “Cheerful Pride” somewhere else, it was striking that Madboots Dance and Sean Dorsey Dance, both new to the Joyce, exhibited dim, disheartening shows. “THEM,” a recovery of a 1986 creation at Performance Space , was darkest of all. Both Madboots and “THEM,” while unalike, took me where I had not been in move theater.

“The Missing Generation” (2015) via Sean Dorsey — a transgender choreographer and essayist situated in San Francisco — was the week’s most unambiguous offering, and furthermore its minimum fascinating. Its utilization of the talked word kept us clear about feelings and realities; its four men experienced genuinely regular, every so often trite, types of common steadiness, with little move intrigue.

The significant piece of this generation, in which Mr. Dorsey performed with three others, was its verbal narrative focal point. Recorded voices took us through a divided however formed record of how life was for some gay and transgender individuals from the 1970s forward: the bait of the enormous city; the excite of tease, accessibility and wantonness; parts of the twofold life and dread; the principal manifestations of the baffling disease that wound up perceived as H.I.V.; the awfulness of the various ailments and passings. Despite the fact that the general story is well-known, the points of interest here kept it new. 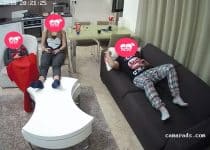 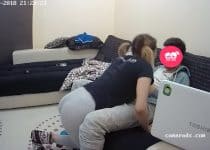